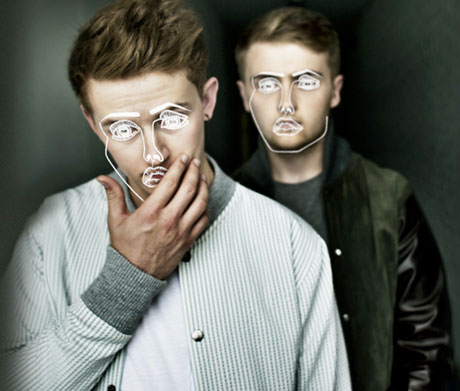 It’s was cold rainy April night in Toronto, but the hearts and souls of many were anticipating warmth to come because Disclosure’s in town. Hundreds of fans flocked to The Hoxton to witness the soulful brother duo perform live, and to surely blow us all away. For me, this was one of the most anticipated nights of the month. Since experiencing their The Face EP for the first time, I became addicted to the deep, sexy, new-age garage vibes that Disclosure was able to conjure up.

After a quick line and ticket check, I stash my coat and get to dancing. The opener, Mr. Charlton, was throwing down a set filled with deep house fanatics’ favourite new releases including Need You 100% – Duke Dumont, the new hit Jack – Breach, Harpy – Justin Martin and Eats Everything , and Don’t Go – Dusky. The crowd was going wild, and by 12:00am The Hoxton was steaming hot and patrons were all fired up for the night to begin.

At around 12:20 Kilo Kish, an experimental artist from Brooklyn hit the stage. Personally, I thought she was extremely talented, and very interesting to watch. Mixing in deep sounds and keeping it trill, she rapped songs such as her own production Navy, and dropped bangers such as Suit and Tie – Justin Timberlake (Dillon Francis Remix), Young Scooter – Colombia Remix, even dropping some Notorious B.I.G. provoking the crowd to let loose. Though I appreciated her efforts, it was clear, for the most part, that during her half-hour set the crowd was not buying into it. Most people were standing around and swaying to her music rather than dancing. I think this was specifically due to the fact that the opener was so well trained in getting a crowd hyped that Kilo’s chilled approach did not fit people’s emotions at that time. I strongly believe it was just an inappropriate booking for the event, and not a testament to her abilities.

It’s now 1:00 and the crowd has been waiting around for 10 minutes while the venue sets up, when slowly, the crowd begins to roar. The lights begin to focus, the display presents the iconic white outlined face and Disclosure’s to-be-released track, Infected, booms through the speaker system. The crowd is now going wild…pushing, dancing, tossing their  hair, moving their hips, and flinging their arms all in attempts to find some dancing space in the overly congested crowd. But no one cared; it was the moment many fans had been waiting for. Track after track they dropped a mix between new productions and classic favourites and the crowd danced relentlessly. Since the set was live, we were not only treated to the amazing sounds of tracks being played, but the addition of instruments being added at the perfect times. Juggling mixing, hitting cowbells, hi-hats, and hand drums at perfect times the crowd was hypnotized and the night was certainly elevated. Disclosure, in my opinion, should only ever play live.

Bouncing between trip-hoppy beats, deep house grooves and garage dance jams, the crowd was singing, smiling and jumping to the beat of their favourite tunes. As their last hoorah, Disclosure dropped the track most anticipated by many that night, Latch (for track list, view below). At the chorus, the crowd stopped dancing and in unison belted out the words together. People were embracing each other, hugs were given to strangers, lovers began kissing and the night felt just right. Disclosure could play in the worst crowd at the worst venue and make it magical. Bringing an uplifting night and an album that will have people lining up, they’re a must-see-again.

When A Fire Starts To Burn