Previously housing the Helium Nightclub, MFN (Middle of F&^%ing Nowhere), and the Devil’s Martini until late 2013, it then switched ownership to Charles Khabouth at Ink Entertainment and was rebuilt into Union Nightclub (February 2013 – January 2019). Ink has once again rebranded this venue space, now welcoming Toybox to the entertainment empire.

Toybox has hosted a variety of DJs from a wide selection of artists, including: Oliver Heldens, Sander van Doorn, Flosstradamus, Ferry Corsten, Ummet Ozcan, Snails, Robin Schulz, and the list continues. Occasionally, a bear mascot will show up to dance in the crowd.

The 14,000 square foot space has been redecorated to captivate your mind, with snake berry and eel walnut custom leather upholstery, modern pop culture accents, and enchanting lifelike digital artwork. It is a two room, two sound set up that can hold a total of up to 1,2000 guests, with weekly Toy Factory Friday and Jack Your Saturdays club nights. Arrive on the guestllist before 11:30pm on a non-ticketed night and everyone is free (Fridays) or and ladies are free / men save $5 on cover (Saturdays). While an EDM show will be featured here from time to time, since the rebrand, Toybox has primarily become a top 40 / pop / hip-hop club targeting young adults. 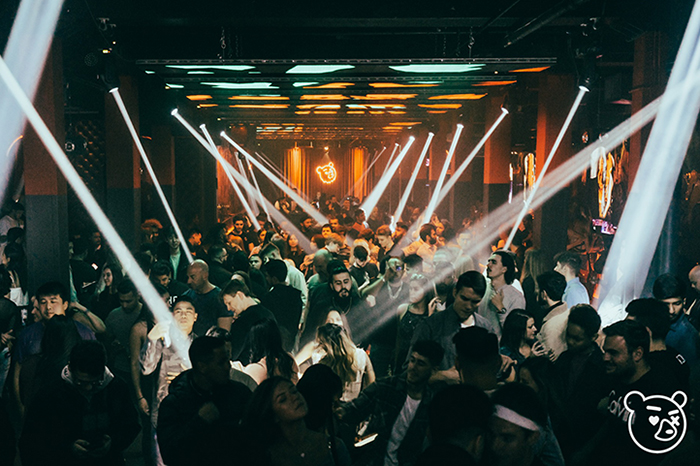 RESERVATIONS / BOTTLE SERVICE:
Fill out the bottle service form here.
Add your name to the guestlist here (applies to non-ticketed events only).