The TRANCEPORTED team is a collaboration of volunteer writers, editors, and photographers who enjoy Trance music and the rave scene as a whole. This is our way of giving back! 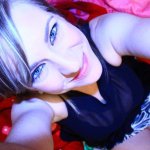 It was in ‘98 when she first heard productions by Brooklyn Bounce that Adele Desloges realized she felt a natural attraction to dance music. In no time, she had encountered tracks such as Mauro Picotto’s Komodo (Save a Soul) and ATB’s version of Olive’s You’re Not Alone, and she realized her true connection was to Trance. In 2012, Adele began managing the EDM TOR branch of EDM ATG, and in 2019 she bought the rights to the site and it’s contents to become the owner, and rebranded it to Tranceported. She has been covering dance events locally and internationally for over a decade, so you can easily find her on a Trance floor taking photos and dancing near you.

It was love at first bass drop. Ashlyn became intensely drawn to the scene after her first show, a passion which has continuously blossomed ever since. Attending Las Vegas’ Electric Daisy Carnival in 2015 was a magical, life-inspiring experience. You’ll always find her dancing in the middle of the crowd, connecting with the music, the lights, and the atmosphere. Dream on little dreamers!

Jade is an editor and writer for Tranceported. She moved to Toronto in 2015 and dove head first into the city’s rave scene. Drawn most strongly to Trance, Psytrance, and Happy Hardcore genres, she can be found on the dance floor at least once or twice a week in different venues across the city. When not playing with words on a computer or burning up a dance floor, she likes the outdoors, LARP, attending conventions and playing with her dog and cat.

Most of the Tranceported team hails from the GTA, but for one. Luc met our Manager Adele at Electric Zoo 2011 in NYC. Luc writes for the team while living in the city of Chicago, Illinois, where he is a biomedical engineer by day and a musician by night. You may meet Luc on one of his trips to attend a Trance event or major music festival somewhere on earth.

Alysha grew up listening to Trance and Electro-House, so it’s no surprise that she jumped right into Toronto’s rave scene upon moving there in 2014. Drawn most strongly to Trance, Psytrance, Progressive and Deep House, you can find her getting her groove on at events all across the city. When she’s not at shows, she likes to read, work out, and chill with her cats.

Music has always been a huge part of Anna’s life. She was introduced to Trance at a young age while on vacation in Europe, however it wasn’t accessible back home in small-town Ontario. She flirted with many genres over the years, constantly searching for her place in the world. When she finally found Trance again she made an immediate deep connection that changed her life forever. She spends her spare time travelling around the world, meeting incredible new people, and sharing her love of Trance with the world through writing. 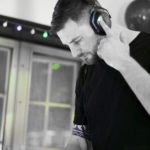 Since being introduced to dance music in the summer of 2014, Phil has been hooked on uplifting melodies and heavy bass lines. You can run into him at almost any dance music event, since he has a wide range of taste in music, Phil spends lots of time in the clubs and at festivals. When he’s not on the dance floor, Phil writes for Tranceported, spends time in a studio producing his own tracks, and even DJs events. Phil loves meeting new people and making new memories, so if you run into him be sure to say “Hi!”.

Shadman is a writer with Tranceported. He listens to many different genres of music, but after he discovered Trance music in 2008 it became his soulmate. Shadman moved to Canada from Bangladesh in 2013 and the first rave he ever attended was Paul van Dyk in Vancouver. PVD, Armin van Buuren, Tiesto, Markus Schulz, Matt Darey, Signum, Above & Beyond, Aly and Fila, Will Atkinson, John O’ Callaghan, and John Askew are some of the artists who’ve acted as a foundation to build his tastes upon. He’s very friendly, so if you see him at an event, be sure to tell him you’ve read his articles.

Nick is a writer who is no stranger to the scene. Going way back to the days of The Guvernment (RIP) – during his first show he was hooked. After the demise of Guv he began expanding outwards to smaller venues and developing a diverse taste for everything from techno to bass, while keeping a special place for trance and bigroom. You can catch him at nearly any festival throughout the summer months, migrating into the clubs for when the colder months hit. If you see him at a show shuffling away just jump in vibe out, and get weird with him!

Sarangh is an avid Trance music enthusiast with interests in Progressive and Deep House. He moved to Canada recently and after attending his first Trance event in London, he was immediately hooked to the local rave scene. Sarangh had noticed an article by Tranceported (when it was still called EDM TOR) and contacted us to join the team as a writer. Sarangh is also a DJ and music producer who has performed at several events in India, which could be one of the reasons why he understands music so well. He is an outgoing and amicable guy, so if you happen to notice him at any of the events, go up to him and introduce yourself. Show him the true Canadian welcoming spirit! 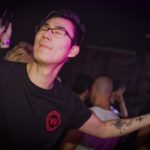 Victor had no idea what he was in for when he attended his first music festival ever – Tomorrowland in 2014. His musical tastes have spanned a wide variety over the years, beginning with big room and electro house. In more recent years he is loving the sounds of Anjunadeep. Having lived in London, UK for 2 years, the Ministry of Sound became a second home for him. With endless trance acts coming through that venue, Victor discovered his love for trance music. Now, with countless events and festivals under his belt, it is time for Victor to shift gears from a consumer to a creator role. He hopes to give back to the community that provided him with a part of his identity. Some of his favourite producers are Ilan Bluestone, Cold Blue, James Dymond, Jorn van Deynhoven, and Genix.

She was the VJ for Canada’s national music video show “electronica” on bpm:tv. She owned, co-founded, and was the editor-in-chief of Scenester Magazine, and even produced and hosted “Scenester Channel”, Scenester Radio, and “The Miss Raquel Show”. She’s heard on “The Block Party” with host Lil’Jay on WhiStle 102.9FM and is a regular guest on The Shaun Proulx Show on SiriusXM – Canada Talks where she discusses her featured blog from The Gay Guide Network.com. She even has a regular Top 10 chart on Beatport. Raquel Richards is truly the voice of Canada’s electronic scene. 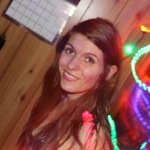 Alix can be found dancing at Electro, Dubstep and other bass shows, no matter the scale. Her interest in dance music began in high school when she was listening to artists deadmau5, Tiësto and Armin van Buuren. During her years at Humber College, her taste developed into Dubstep and Electro genres more specifically. She has been hooked on the bass music scene in Toronto for a few years now, regularly in attendance at Bassmentality events, and she’s a dedicated WEMF (World Electronic Music Festival) attendee. She has never felt more a part of something than when she goes hard at an electronic music event, and she feels privileged to be a part of the beautiful chaos, whether it’s editing interviews and event recaps, writing reviews, getting exclusive interviews, or dancing like it’s no one’s business.