“We are all visionaries and what we see is our soul in things.” – Henri Amiel

When you’re a producer as sensitively tuned into your environment as Robert Babicz, music production goes far deeper than basslines, drums and melodies.

The Owl and The Butterfly, the final in the artist’s trilogy for Systematic Recording, is an album driven not by the science of music creation, but rather Babciz’s own deep connection that he found with nature during walks through the Königs forest near his home in Cologne.

Babicz describes the daily two-hour walks that preceded the album production sessions as “bringing him back to himself”: in those moments of silence, surrounded by the lush forest, the ideas were born.

The resulting twenty tracks are a seamless journey through the inimitable ‘Babiczstyle’ of house, techno and electronica: edges polished smoothed, basslines organic, the album putting the listener at the core of his musical psyche.

It’s this tranquility and undeniable sense of harmony that’s reflected in the album, as Babicz takes on the role of a subtle, understated storyteller. And much like the travels that take him around the globe and inspire him to capture the experiences through photography and videos he shares with his equally passionate fanbase, The Owl and the Butterfly similarly enlivens the senses.

Also included is a re-work of his popular Sonntag track that was issued on Kompakt in 2005 and will be released as the album’s first single with remixes from Rodriguez Jr., KiNK and Pezzner. 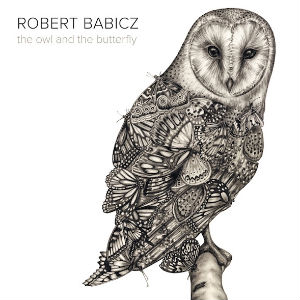 3. A Girl from Jupiter

14. Getting Something to Drink