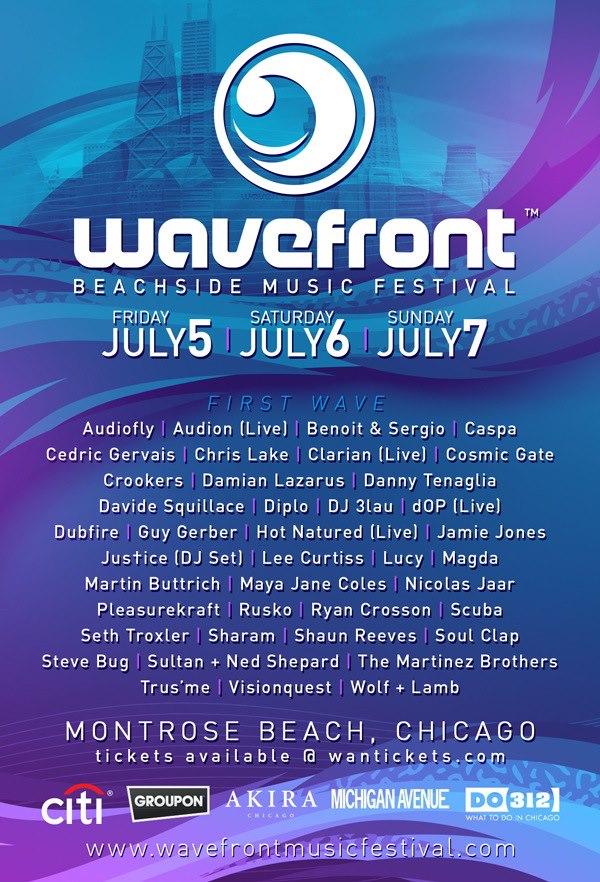 “I am truly excited to be a part of the Wavefront Music Festival,” says Chicago house music originator Frankie Knuckles. “From the beginning of this whole ‘House Music’ movement at our little club [The Warehouse] on S. Jefferson St. back in 1977, I couldn’t imagine that that little old good time would turn into such a global phenomenon. For better than 25 years I’ve circled the globe and everywhere I go I leave a little piece of Chicago behind (musically). And now, not only does the world recognize Chicago as a viable entity when it comes to ‘House Music’ but the City of Chicago fully embraces, supports and recognizes the movement I’m so proud to be a part of. Welcome to The Wavefront Music Festival!”

The Chicago Heritage of House Stage furthers Wavefront’s mission to showcase the historic roots and broad dynamic range of dance music   with a wide array of the globe’s premiere musical tastemakers as well as the most cutting-edge artists of the moment.

Robots on the Run

More names to be announced!