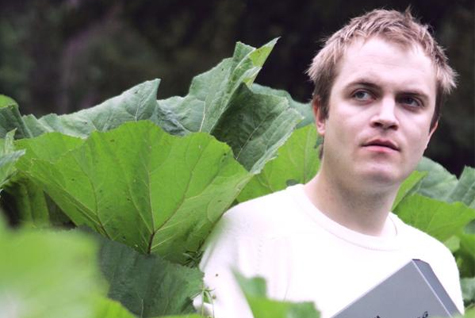 Maps – aka James Chapman –will release his new single A.M.A. on June 25th, 2013. The opening track from the new album Vicissitude, out July 9th, is available via download and limited edition 12” vinyl.

The digital download features a remix by the Norwegian songwriter Susanne Sundfør who has collaborated previously with Maps and recently featured on the M83 soundtrack for the film Oblivion.

A.M.A. draws you into the forthcoming new album, Vicissitude (out on July 9th) enveloping you with a curtain of thumping percussion that cascades into a shimmering chorus. Soaring melodies and lyrics introduce two of the main themes of the album – change and hope.

The hand stamped 12”, available exclusively through Rough Trade, features the original version, previously one of Rough Trade & The Guardian’s Tracks of the Week, alongside remixes from Dutch electronic artists Legowelt and fellow Mercury nominees The Invisible alongside a remix from Maps himself.

With Chapman as the sole creative force behind the music, every Maps album is defined entirely by where his head was at during the recording process. His sophomore release, Turning The Mind churns like a hedonistic after party, picking up where Maps critically acclaimed and Mercury Prize Nominated debut, We Can Create left off. Vicissitude is Maps latest triumph—showcasing Chapman’s spoils from his continuous battle to dig deep, confront reality and conquer new musical territory.

As with previous releases, Vicissitude was primarily recorded at Maps’ home in Northampton and was mixed by Ken Thomas (Sugarcubes, M83, Sigur Ros) and Jolyon Thomas.

Vicissitude focuses, tightens and sharpens Maps’ expansive sound. The album might have been born from a long period of self-contemplation, but maybe you do need a while to get simple answers to the difficult questions.