“Combining the slinky sexuality of Austra and the Teutonic foreboding of Siouxsie Sioux (with some wicked Depeche-recalling synth riffs), their glorious debut album Aftermaths will save you a trip to Mitteleuropa euro festivals this summer.” – Blackbook Magazine

Following the release of their 2012 debut, “Perla” EP, Kodacrome’s forthcoming LP Aftermaths (out July 8th, 2014) continues to raise the temperature and heighten theatrics by exploring the space between the words and the notes that carry a story. LeCoque and Casey met on tour in the spring of 2010 and began making music together from opposite coasts (Elissa in San Francisco and Ryan in Brooklyn). After combining forces in Brooklyn, Kodacrome self-released their debut EP in March of 2012 (digitally and 10” white vinyl), “Aftermaths” will also be available in limited edition vinyl. Drawing inspiration from both, Ryan’s production merits (Pilot Balloon, Anti-Pop Consortium), and Elissa’s background as a classically-trained pianist, “Aftermaths” combines strong basslines and visceral beats with impending lyrics reflecting a lush picture of a calm place after a devastating storm.

“I obsess about the tone of an oscillator the way she does about a melody. It’s like she is writing a script and starring in it, and I’m the cinematographer.” – Ryan Casey

Buggy Bumper, spouting a dark, almost R&B sensibility, teeters it’s influences from classic trip-hoppers Massive Attack and Portishead, to a newcomers the likes of Phantogram and BANKS. Appealing to a growing generation of music fans that are attracted to sensually dystopian sounding synth-pop, Aftermaths is an ominous collection of engaging gems bound to have a sexy translation on the dance floor. Stay tuned for upcoming live dates supporting “Aftermaths” this summer. The central theme for Aftermaths was established when Elissa & Ryan were at the tail-end of a two year urban exile when suddenly a 7-foot leatherback turtle washed ashore at their feet. Although lifeless and battered, they admired the majestic, over 100 year-old creature, for exemplifying an oddly peaceful image in the wake of destruction. The duo knew they had found their muse. The result is a dark, glittering web of moody intricately layered swells and lead lines that gradually conjures into an spellbinding haze. Through Kodacrome’s simplistic yet looming production, there is a noticeably shared love for melodic composition that aims to strike a balance between songwriting and synthesis.

“…certainly a band to look out for in the future.” – BBC
“…structured electro-pop melodies…engaging velvety vocals…” – CMJ 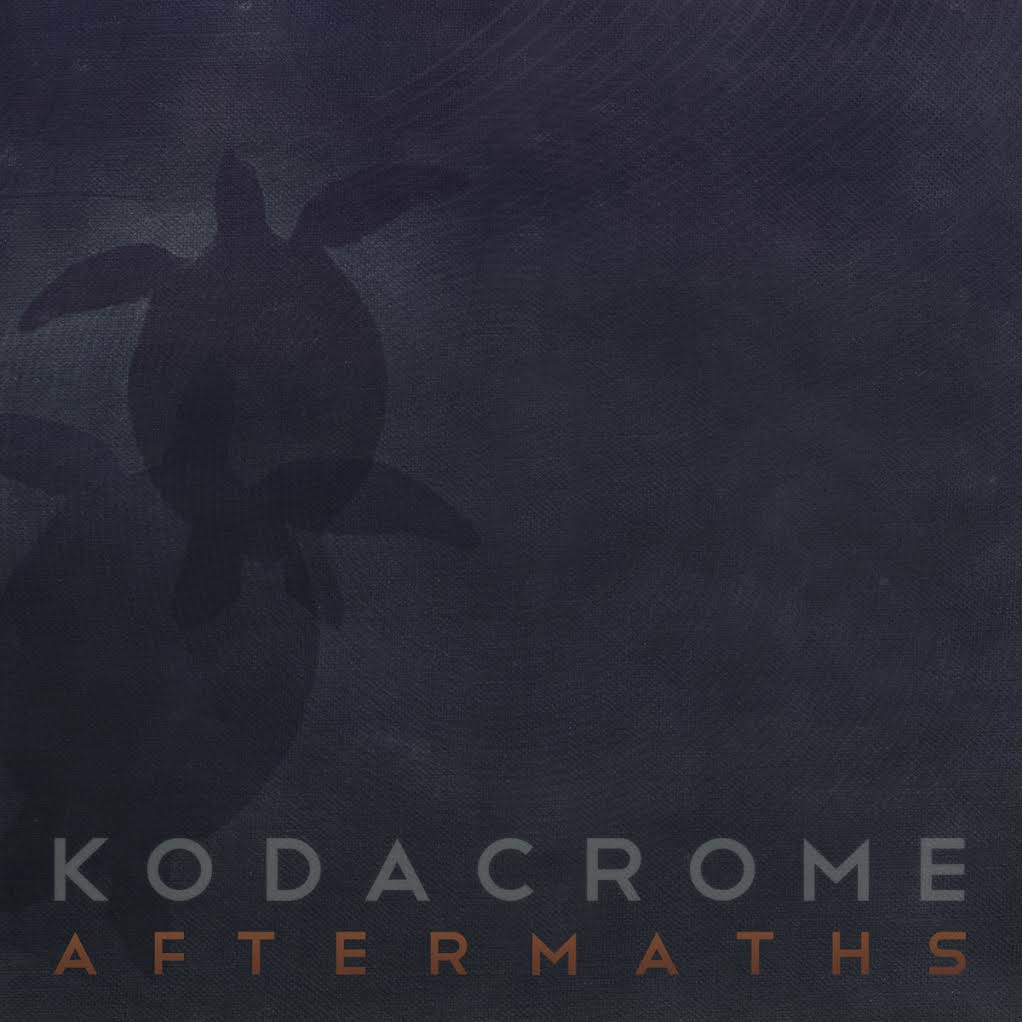