Darren Porter is one of the names I immediately think of when it comes to uplifting trance. His iconic remix of 4 Strings‘ Take Me Away took the trance world by storm in the last few years, appearing in many sets. Darren’s hard, euphoric, and uplifting productions have earned him the respect and support of his peers and has earned him a spot on many stages across the globe such as Dreamstate, Transmission Prague, and Luminosity. Not bad for a humble guy from Newcastle, England! Recently, Darren took some time to answer a few questions for the Tranceported team. 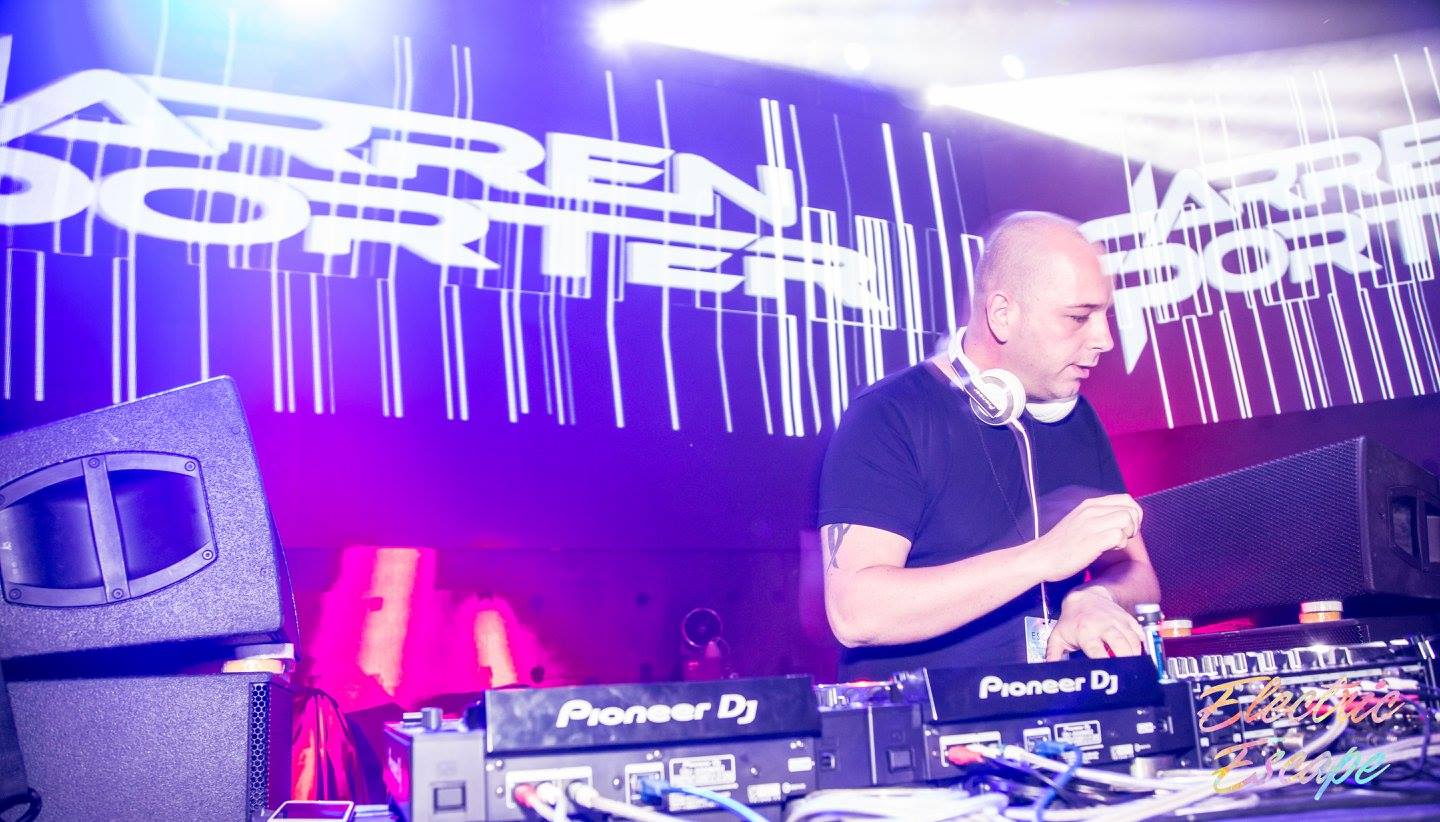 Victor: Your first release of 2020 is starting off strong with your signature uplifting sound. Can you tell us more about Sign of Life?

Darren: I love the new website name TrancePorted!! I should have taken that! Ha, ha, ha!
Sign of Life was in succession to Explorer (with Jak Aggas) whereas I have found a new direction and there is a sign of life. I’m looking to share my journey in trance music in this way.

As I consider the following tracks dance floor destroyers, is there a possibility of another collaboration with Sean Tyas following Relentless and The Potion?

There is always a possibility of working again with Sean. He and I are very close friends which brings invaluable chemistry in the studio. So, without a shadow of doubt, I’ll be working Sean again and hopefully something bigger and better than The Potion 🙂

Having joined the club of DJs that have started their own record labels, what has been the biggest challenge for you during this first year of owning your label, Transgression Recordings? Where do you see it heading?

The biggest challenge was getting the exposure and the tracks into the hands or ears of those who can support it and getting the releases to the masses. As with anything, if the product is good then the following grows. We are very happy with the status, growth, feedback and most importantly the professionalism. I wanted to give huge thanks to Mickey Marr, James Houlis, Mike Ferandez and Christoph Angster for their unseen work and behind the scenes efforts needed to run a label. Thank you guys and, of course, the amazing producers who send us their demos.

As a new decade begins, many of us have set new long term goals for ourselves. How has your fitness program been coming along?

It’s been going well. I was getting out of shape and it was running away from me. With the pressures and stresses of work life, I failed to balance my health and, most importantly, my mental health. I’ve been on a steady programme of lifestyle changes – not just a diet or get in shape quick routine –  but a slow gradual habit change. I’m doing well and feeling much better.

What do you believe makes a positive and healthy mind and how does that relate to your work, as you are working full-time in the industry?

This is something I’ve only recently had the privilege of enlightenment on. A healthy mind is a peaceful mind –  and a happy mind. Working full-time in the industry can take its toll on you. I only recently came back from a serious illness caused from stress, and I was oblivious to the carnage I was creating within my body and mind. To control what you focus on and what you allow to occupy your mind — that is the key. Weeding out the heavy thoughts. Surrounding yourself with positive attitudes and people. Removing the negativity to focus on the opposite is amazing, and coupled with the exercise my mind feels better. So, this is my experience and how they relate to each other.

You’ve been re-introducing us to some of your older tracks and sets on SoundCloud and YouTube: what kind of other nice surprises can we look forward to? What is your favourite Darren Porter release to date?

Yes, I thought it would be cool show some of the back catalogue of tracks from over 12 years ago, back when things didn’t sound as they do now. It’s nice to hear the progression in my own work which can also be motivation for others who may feel they are stuck etc. My favourite release? Impossible to answer!! Ha, ha, ha!

Since you have remixed many songs such as Nordic Nights by Mark Sherry & Ram and Let It Come by the Space Brothers & Mark Sherry (which are among my favourites of your remixes); who is still on your wishlist to remix one of your songs? Which track of yours would you want to be remixed?

This is a great question! I think I’d like a Gouryella remix of Deep Blue. This would be something special. Ferry has the ability to hear the meaning in chord progressions and think he would make something special from this.

Do you have any plans for an artist album on the horizon?

We are looking at ideas, but they are little further down line.

Your trance productions have been amazing, but not many people know you started out your career with scoring music. What studio or director would you love to score music for?

Yes! I started out doing small videos, documentaries, indie, small time stuff which then grew in a similar way as my trance career into games, apps, movies etc. I would love to work with Scott Free – this is the studio setup by Ridley and Tony Scott (RIP), brothers from my local area here in the north east of the UK! Working with names like these — and maybe Michael Bay.

Is there anything that you want to say to our readers?

Thank you for catching up with me here and also for the amazing support you guys have shown me over the years. It’s the small things that keep us pushing forward and we owe it all to you 🙂 love you, see you somewhere soon!!! – Darren

Thank you Darren for taking the time to answer our questions, we hope to see you at an event soon!

Victor 's musical tastes have spanned a wide variety over the years, beginning with big room and electro house. Having lived in London, UK, the Ministry of Sound became a second home for him and with endless trance acts coming through the venue, he developed a love for trance. Now it is time for Victor to shift gears from a consumer to a creator role, with hopes of giving back to the community that provided him a part of his identity. Some of his favourite producers are Ilan Bluestone, Cold Blue, James Dymond, Jorn van Deynhoven, and Genix.