By Adele Desloges on February 6, 2013 TRACKS 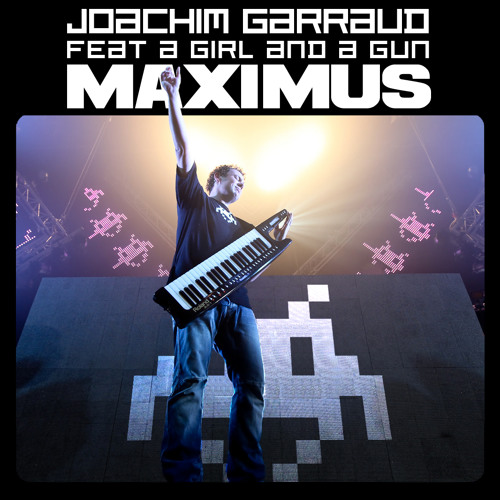 Today marks the first release on Joachim Garraud’s brand new imprint, Space Invader Music, coming in the form of a high-octane Electro single aptly titled, Maximus. The maiden release features vocals from Garraud’s familiar Sophia Broussard, also known as A Girl and A Gun, and perfectly captures the French producer’s signature energetic production. Maximus is now available on all major digital providers and will be followed up with a remix package on the 18th of February.

After a recent relocation of home and studio to Los Angeles from his native Paris, Joachim Garraud felt the urge to create a new home for his music as well, and subsequently SPACE INVADER MUSIC was born. With the new generation of producers and DJs very much in mind, Joachim will call upon budding artists and share his decades of experience with them – a noble goal for a bustling global dance music pro. DJs/Producers/Remixers can submit their unsigned tracks now to Joachim on the Space Invader Website under ‘Send Your Music.’

Keep an eye out for more Space Invader Music releases from Garraud and friends this spring!