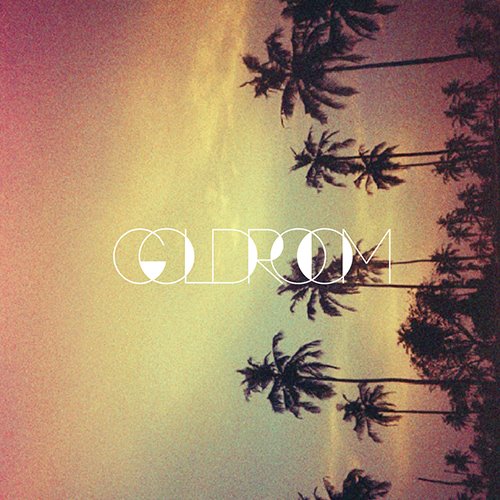 Put down the glowsticks and take off your kandies, I promise we’ll get back to your regularly scheduled rave programming in just a minute. But for now, let me tell you about Goldroom.

As Toronto is finally getting a taste of vitamin C, patios are beginning to sprout up prematurely leaving us all obsessed with finally taking off our Canada Goose jackets. Soon the desire for sand and sun will become infectious, and if you’re looking to cure your withdrawal from summertime look no further than the sweet sounds of Goldroom. Born out of the synthpop group NightWaves, Josh Legg created a solo musical alias that embodies summer in the big city. Having previously played at Wrongbar for their New Year’s Eve party this year, Legg and his bandmates drummer Nick Sandler and Austrailan vocalist Mereki Beach returned this past Saturday to once again grace us with their self-proclaimed organic electronic-pop vibes.

If you’ve never been to Wrongbar, you should make point of going. It has a vivaciousness that bars and clubs seem to have lost sight of in the muck of flashing lights and a thumping bass. I’m no nightlife elitist, but after my fair share of sweating through my makeup and fist-pumping until my elbow feels like it’s going to unhinge itself, a night of cold beers and melodic sounds was just what the doctor ordered.

I arrived around 11:30pm to a fairly empty bar as Wrongbar’s Saturday night residents Natural Animal were already on the decks. Although currently based here in Toronto, Natural Animal, or Matt Hunter and Devon Wright, are originally from Vancouver and Brooklyn. Together they fuse a pretty combination of retro textures and dance floor beats.  The duo showed some support to fellow Toronto musicians Young Empires by remixing their track White Doves with a flawless punching beat as they simultaneously sang along. It’s always nice to see local artists supporting others like themselves – a kind of compliment and courtesy that should be followed everywhere.

Eventually people began the shift from the bar’s perimeter to the dance floor so to partake in the blending of indie pop and the electronic world. We heard the Classixx remix of Psychic City by Yacht, which gives an upbeat feel from the original song that I swear could put anyone in a good mood. Things started to pick up as Goldroom’s set loomed around the corner and an eccentric mixture of people filled the empty space. A few more tracks were played including Love That (Burns Hot Enough) by Waze & Odyssey. This turned the dance floor into a sea of heads bobbing in unison; kind of like a large-scale version of the car ride scene in Night at the Roxbury, if you will. We were even lucky enough to hear their newest original called Dance Alone – leaving the dance floor bouncing and me with a new love for Natural Animal.

Taking their positions behind a guitar, keyboard and drum set, Goldroom and his band took the stage just before 1am.  This is their third stop in their 13-date North American “Prima Tour”, which includes sets of both live band performances and DJ sets by Josh Legg.  Notably, this is their first live tour. Although Goldroom is known most for his remixes, the concept of unraveling his recorded mixes and redelivering them live truly displays Josh Legg’s talent as a musician and trend setter. We were soon drifting into a breezy ocean-side atmosphere as Mereki Beach sang their remix of Mother Protect by Niki & The Dove. Donning gold sequined shorts and Timberland’s, Mereki held the stage like a star and had us all possessed by her natural charm and rich vocals. The whole bar fell mesmerized when she sang Goldroom’s 2012 chill-out track of the summer, Fifteen, which although originally voiced by Chela was redefined beautifully by Mereki that night.

Goldroom’s ability to work the crowd was undeniably magnetic. Between Mereki leaping off stage and into the crowd to dance and be thrown on a fan’s shoulders, to the trio constructing a crazy drum beat simultaneously on the drum set; it was all-in-all a timeless party scene. The night carried on with his track City Girls off the 2011 EP Angeles and even their new unreleased track Embrace, which included a cute high-strung performance on the tambourine by Mereki.

Even though the bar was in a full-swing party by the time Legg strummed his last chord, their set ended and Natural Animal took over once again to steer the night to a close. The dance floor didn’t dissolve until the lights came up and we were forced to leave with our eyes squinting, but I don’t think a single person left the bar without a smile on their face.