By Phil Martiniello on February 22, 2020 INTERVIEWS

I recently had a chance to sit down with Toronto DJ, Adrian Dobbs, otherwise known as A.D. The Kid. Tranceported has been keeping an eye on his rise to the top of the local scene as he swiftly increased his time behind the decks, appearing at some of the biggest shows in the city and starting his After Death Radio show. A.D. is a homegrown local, growing up in Toronto’s west end before moving across the city to Scarborough. He spent some time in Niagara, graduating from Brock University with a Bachelor of Arts. While his studies focused on the humanities, including film and philosophy studies, as well as lots of music, his interest in music started long before his university days. When he was 12 years old, he played bass in a band before joining All Natural Crew, a hip-hop group he participated in throughout highschool and university. After visiting one of Toronto’s most iconic clubs, The Guvernment, A.D. the Kid knew that mixing dance music and discovering the techniques of DJing was his next great adventure. Follow along with us below and get to know A.D. The Kid, up close and personal!

Phil: Thank you for doing the interview with me, Adrian. I think I’ll start out with some fun questions. Just give the first answer that comes to mind! 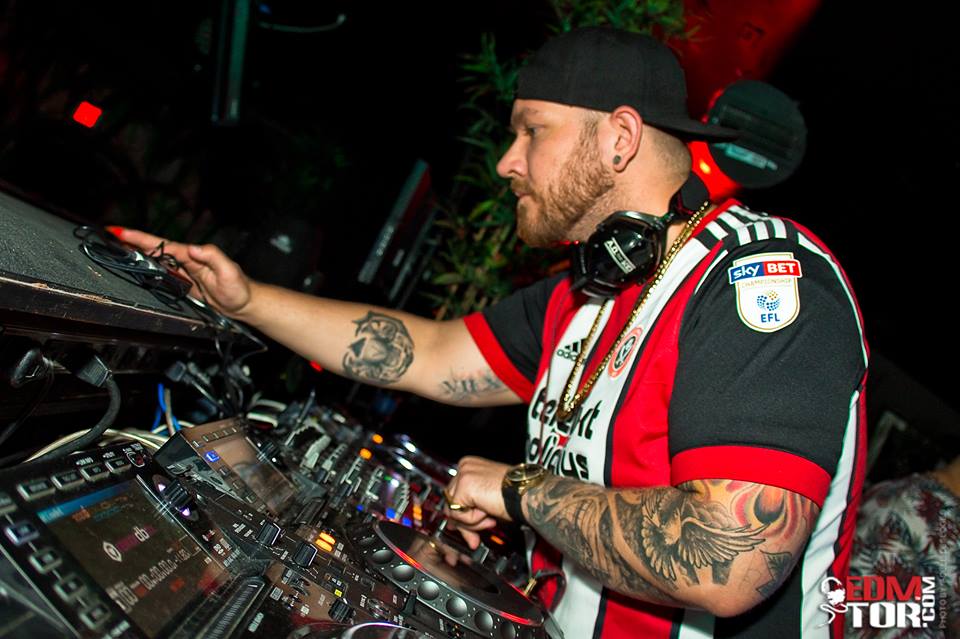 Do you like Books or movies?
A.D. The Kid: Books when I was young. Movies now.

Dogs or Cats?
Grew up with a cat, but dogs for sure. I have two Chihuahuas.

Crushed or cubed ice?
Cubed, with some gin and tonic.

Laundry or Dishes?
Are you some sort of psychopath?

Uplifting or Psy?
How about some uplifting melodies with a psy drop!

Where did you come up the name A.D. The Kid?
When I was rapping, my name was A.D. Everyone at school called me A.D. ‘The Kid’ came up while we were turning up in the studio recording hip-hop. If you did something that night that was dope, you were ‘the kid’. Anyone could be ‘the kid’ – if you brought the grey goose, or ordered pizza for the squad. I was just ‘the kid’ more nights then not.

What was the ‘breakthrough’ event for you that led to more steady bookings?
My first couple shows were either thrown by friends or by myself. In the trance scene, I got my first shot with Electric Escape – opening for Sheridan Grout at the Rebel Complex. I guess I did a good job because afterwards they told me to keep December 1st open. I found out later that I was opening for Ben Nicky. That was definitely my first show saying: “Holy shit! I’m playing with the big boys now.”

You have begun to stand out as one of Toronto’s most-booked local DJs, not only to play Trance gigs, but also Techno. Do you have a preference of which genre you would like to play, and why?
Honestly, I love them both. I think there is a time and a place for different styles of dance music. If I’m at a dark afterhours event, I want to hear that groovy shit. At a festival with the sun shining, I’ll take some trance in my pants please. I definitely play trance melodies in my techno sets, and techno undertones appear, especially in opening sets, at trance events. If I had to explain it, trance feeds more of my emotional side as an artist, and techno feeds the primitive side of me. When it really comes down to it though, I started with trance, and trance is my heart — but we all evolve musically, and our palates expand. 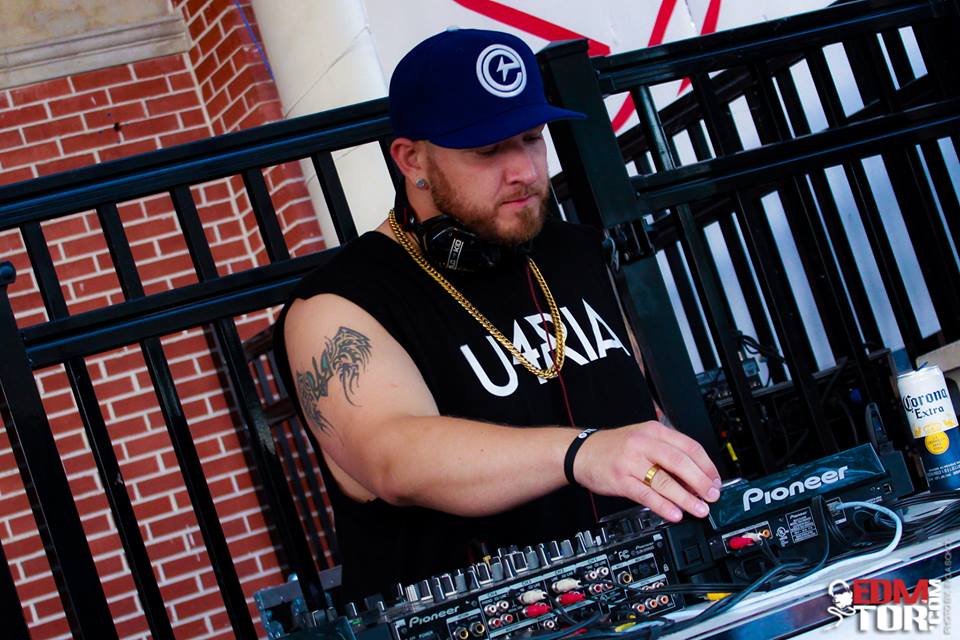 Who was your favorite artist (so far) that you were the supporting DJ for, and why?
This is tough. Ben Nicky and Standerwick were the most fun to party with. Sean Tyas, Ashley Wallbridge, and Oliver Smith were the most down to earth. And Guiseppe Ottaviani was the most insane to watch DJ and try and follow up. He’s a living legend.


If you had the chance to do a B2B set with any DJ, living or deceased, who would it be?
Gareth Emery, or Carl Cox. They are the two DJs who influenced me most into the genres I’m in now.

What was your favourite event to date; attending — not necessarily playing at?
I love festivals. EDC Vegas was crazy. Movement Detroit is always amazing. Recently I went to BPM Costa Rica. Toronto was represented hugely there – I’ve never been more proud of our scene.

What musical artists, outside of electronic music, do you listen to?
I like so many different genres. You can catch me bumping Drake, Protest the Hero, or my old high school homie, the Weeknd. Notorious B.I.G and Eminem, Slaughterhouse, or, if I’m at a punk show supporting my boys: Piffbreak Arcade, or, my favourite band as a kid, Bad Religion. Music is life.

What was the first rave event you ever attended, why did you go, and with whom?
The first one I remember, when I really got into the music, was Armin Van Buuren at Kool Hau5. The visuals and his club set were amazing. It set me on a path of dance music obsession. I went with my brother and our homies. They got me into the scene here.

What inspired you to start your After Death radio show, and what can we expect from upcoming episodes?
I happened to stumble upon the guy that runs Afterhours.FM on Facebook. I applied for the slot and I got it right away. I’ve been doing the show for about a year and a half, and it mostly consists of live sets or studio mixes. The show goes live online at 7 PM on the fourth Monday of every month. The next episode is a guestmix by Martnello — you might know him (he is conducting this interview). I just try to keep it fresh, switching between upbeat trance sets, lower bpm opening sets, and techno sets. I feel like there’s something for everyone. Check out my Soundcloud (in the links at the bottom of the article) to catch up on past episodes!

What is in the future for A.D. the Kid? (upcoming shows, collaborations or other projects)
Right now, we are promoting my next club series show, “All Night Dancing IV”, which is at One Loft on February 28th, 2020. I’m also planning a 5th edition of “All Night Dancing” for this summer — and my 30th birthday. On March 6th, I’m playing my first show in Montreal, and I have some more shows I’ll announce shortly after that. Keep up on my socials (see the links at the bottom of the article) to stay up to date with me. I’ve also started digging into production, and I’m aiming to have something to release by the end of summer. 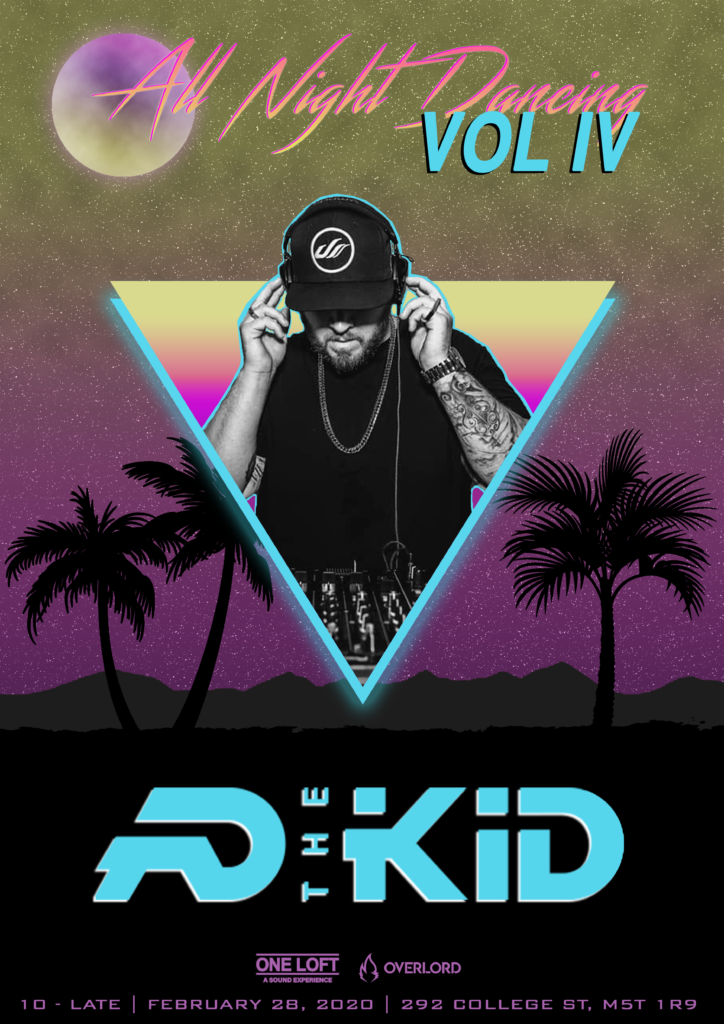 Do you have anything you’d like to say to your fans?
Thanks for the support guys, and thanks to the whole Tranceported team for helping keep trance going in Toronto!

As some of our readers know, I myself am a DJ/Producer, and a massive Trance fan. I became aware of A.D. The Kid through attending shows and writing reviews for the website when we were EDM TOR. I became a fan of his style and taste in Trance. Most of our interactions take place in a loud club where it’s hard to really get to know someone. After being offered the chance to do a guest mix for A.D.’s radio show, I figured what better way for me and everyone else in the city to get to know him than through an interview? Tune in to After Death Radio on February 24th to catch my guestmix of Uplifting Trance.

A major thanks goes to A.D. The Kid for taking the time to talk. We all look forward to following his future success. Keep up to date with all things A.D. The Kid by following him at the links below!