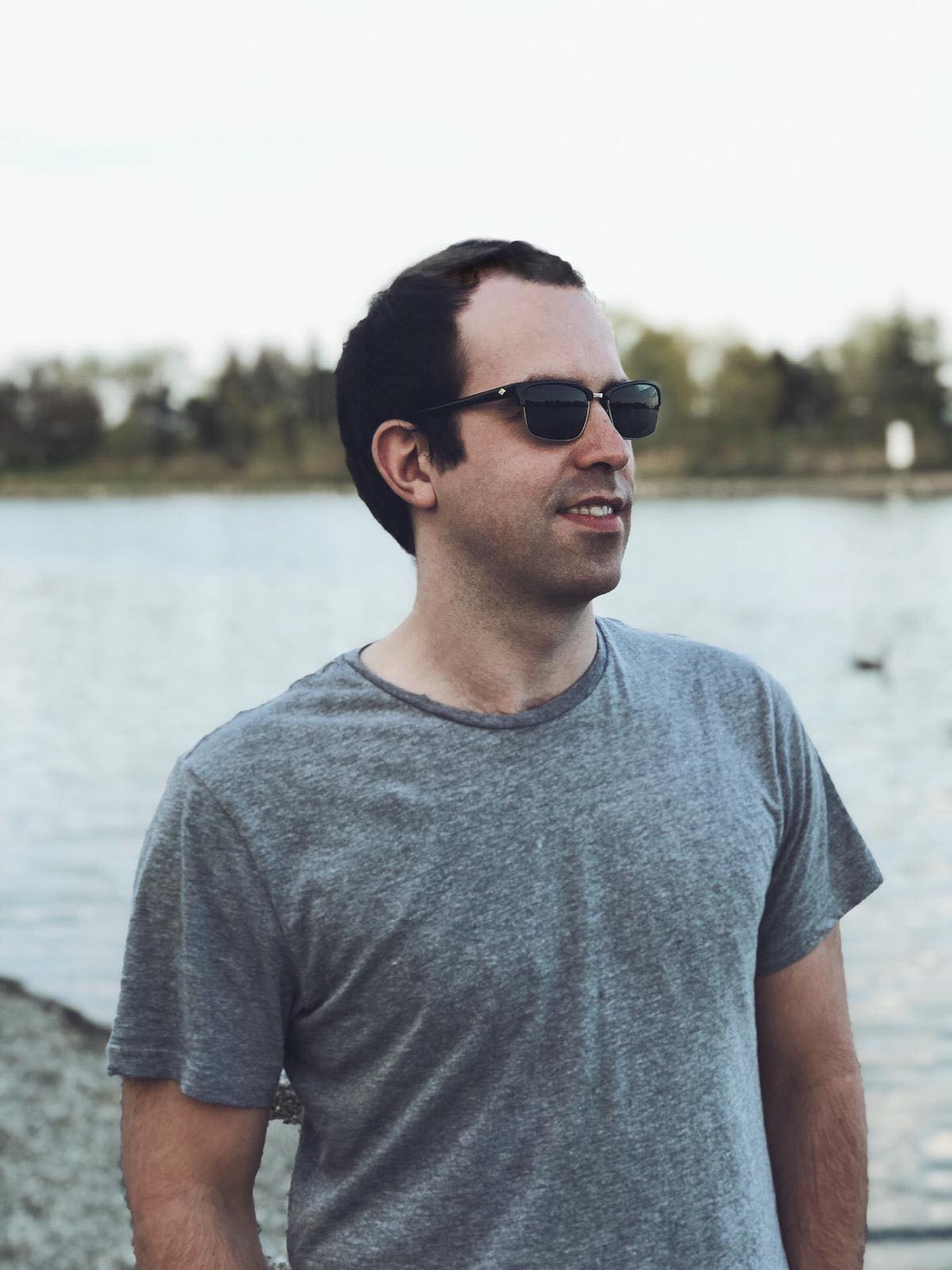 The great city of Toronto holds its own for many reasons. It is rich in different worldly cultures with access to all sorts of different food and entertainment. More than just that, the great Canadian wilderness is only a few hours’ drive north. Toronto is home to some of the best professional sports teams, athletes, and artists in the world. This article tells the story of one of those great artists.

Accredited trance producer and DJ, Andy Kumanov was born in Western Ukraine (near the Carpathian Mountains) before moving to Toronto in 2000 at the age of seven. Andy started to take up the art of production after being inspired by the likes of trance legends Above & Beyond and other producers from the Anjunabeats camp, such as Mat Zo, Arty and even the liquid drum and bass team at Liquicity. He started over 15 years ago by learning guitar and writing music, but focused more seriously in trance music production within the past 7 years, during which he has reached some fantastic milestones in his career. He has released music on some of the industry’s top labels, such as Armada, Enhanced, Black Hole, Emergent Cities and Infrasonic Recordings to name a few. Along the way, he has been supported by some of the scene’s best producers and DJ’s such as Armin Van Buuren, Cosmic Gate, and Aly & Fila. He has found a way to incorporate his love for music and his passion for helping the environment to build his own, unique brand. Follow me as we dive deep into the life of Andy Kumanov.

Most artists draw inspiration from a range of different music genres and different times in history. If you had a look inside of Kumanov’s personal playlist, you would find music that is all over the spectrum of EDM: techno, tech-house, progressive house, liquid and neuro drum and bass along with some dubstep. If you dig a little deeper into his crate, you will find the likes of orchestral, soundtrack, classical, reggae/ska/dub, hip-hop, alternative, and classic rock. More specifically, RUSH, Led Zeppelin and Queen. It is safe to say that his taste stretches across a large spectrum. Now, with that in mind, if we focus closer on his personal music production, you will hear and feel unique melodic, energetic, edgy, and experimental sounds. His writing process is a balance of analytic, active listening with intuitive and creative experimenting. When it comes down to it, Andy enjoys the whole process of writing chord progressions, melodies, and sound design – while shining in composition. He tells me that one of the best parts of this job is having people who love to hear his music, but the process of making it is just as rewarding.

As someone who has seen real success with his craft, Andy often gets asked questions about production and how to approach making an effective record. To all of those interested in producing and wondering “where do I start?”, here are some tips directly from Andy himself:

“Take apart tracks and templates that inspire you so that you can learn the sounds, methods of production/layering, musicality. Don’t forget to pay attention to the energy flow of a track. Learn from more experienced producers, but before you do that, offer something – a promotion, etc. to bring value first. Perhaps most importantly is to ACTUALLY finish your music.

More specific for trance right now: Have a concise musical idea (bass, chords, melody, etc.) and execute it with the energy flow and production that matches similar released tracks in your genre. Try to bring in at least one thing per track that you have never heard before in this genre. It can also be an interesting way of using something that’s common, but in a slightly different way.”

If you want more tips from Andy, he is working on a few different projects that are going to be great for producers. Currently, he posts helpful tips and advice on his social media pages (links are at bottom of this article). In the near future, he is also planning to live stream production sessions, enabling fans to sit in on a studio session and see firsthand how he makes his magic. Another project he is working on is a collaboration with a good friend and fellow Enhanced Music alum, Leo Lauretti. This is a subscription-based newsletter where you can find production tips for all level producers. Hit the link HERE to subscribe! 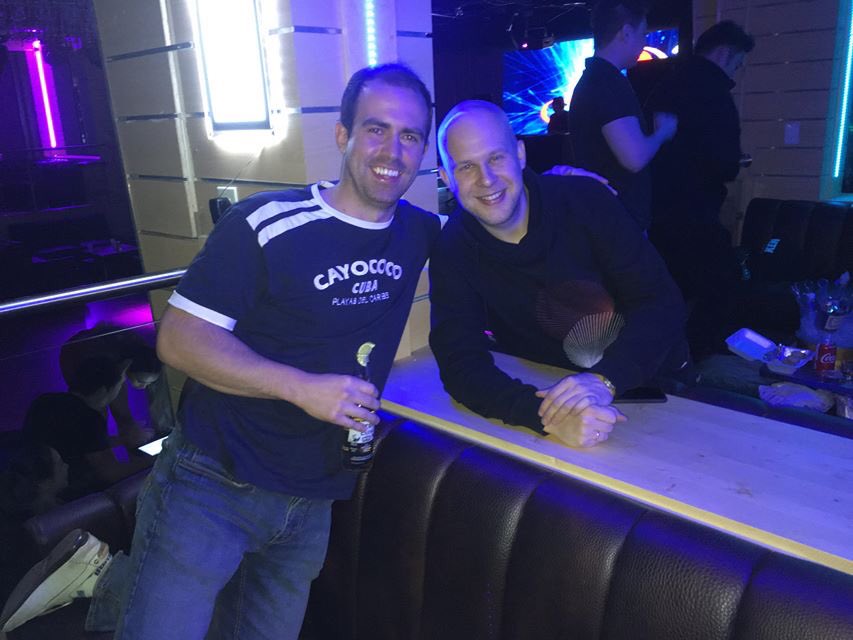 Andy Kumanov and Alexander Popov celebrating the release of Kattegat

Andy has a slew of well-received releases over his career across many well-established record labels. One of his most popular tracks to date is his collaboration with Milad E called Kattegat, which was released in September of 2019 on Alexander Popov’s record label Interplay Records. This hit has been heavily supported across the trance scene. It was played on Armin Van Buuren’s popular radio show A State of Trance twice the following month in October and reached over 40 million listeners both times. The second time it was played on ASOT, it won the Future Favorite vote. Not a bad day at the office for Mr. Kumanov! The track itself is a work of art. The skill in the design of the bass and lead sounds are of the highest level. Furthermore, the right mix of complexity yet digestibility in the melody and chord progression lends itself well to listeners, making it an instant trance favourite.


Recently, Andy Kumanov and Milad E teamed up again to bring us another brilliant piece of work called Amazonia. This one featured Tess Fries on vocals and was released on Infrasonic Records. Andy describes this piece and how it came to be:

“Around early September Milad sent over a bass movement he wanted me to check out, after looking into it, part of my night’s work ended up diverging it into a completely different chord progression that I composed along with a simple but effective melody arpeggio. Musically it sounded very uplifting, and in a way… tropical, so I named the track after the biggest environmental news issue at the time: Amazonia (the fires etc. are still a big issue by the way, so I will be donating the royalties to this cause). After this, I sent the chords and melody over to Milad with a bit of my arrangement and he performed some sound design wizardry with the bass and leads. After this we realized it would benefit from a tonal vocal, Milad knew Tess from experience and sent it over. When we got back the result, we were stunned with what she did with it.”

Click this link to get your copy of Amazonia and help conserve the Amazon Rainforest!


If you have not yet noticed, Andy is very passionate about the environment! His interest reached new heights after he saw the James Cameron film Avatar. Andy learned how powerful it can be to use storytelling and art, in this case a film, to evoke emotion in the consumer to ultimately trigger action. He realized he wanted to largely commit his personal and professional life to conserving the environment. In fact, nearly all his tracks are named after environmental issues or places on our planet that need help and healing. Amazonia is a prime example. The track mentioned earlier, Kattegat, is named after a former marine dead-zone in Scandinavia. The royalties from ALL his music go to saving the planet! He donates his earnings to an organization called Environmental Defence (with Amazonia profits going to the Rainforest Alliance). He even holds a day job as an engineer designing ultra-low impact refrigerating systems for commercial uses that help reduce strain on the environment. It does not stop there! Andy is in the process of starting a sustainability project that will consult, educate, and link corporations with grassroots residents to collaborate on environmental projects while saving money.

Getting to know Andy Kumanov personally has been my pleasure. We met in late 2019 through music as our tastes are very similar, and we have played some of the same clubs in Toronto. We have even been working on a collaboration together that we are really excited to share with everyone so stay tuned for that! His genuine personality shines through the work he produces and the projects he advocates for. Please take the time to dive into his music by following the links below. On behalf of the Tranceported team, I want to thank Andy Kumanov for giving us such a candid look into his life! I will leave you with a final message from the man himself:

“Work hard for what you believe in to make a positive difference on the world and take personal responsibility first and foremost. Be grateful for what you have, but also have something worthwhile to aim at so that even when the motivation is not there, your habits and your ‘why’ keep you going. We didn’t evolve to be static.”