By Phil Martiniello on September 13, 2020 INTERVIEWS 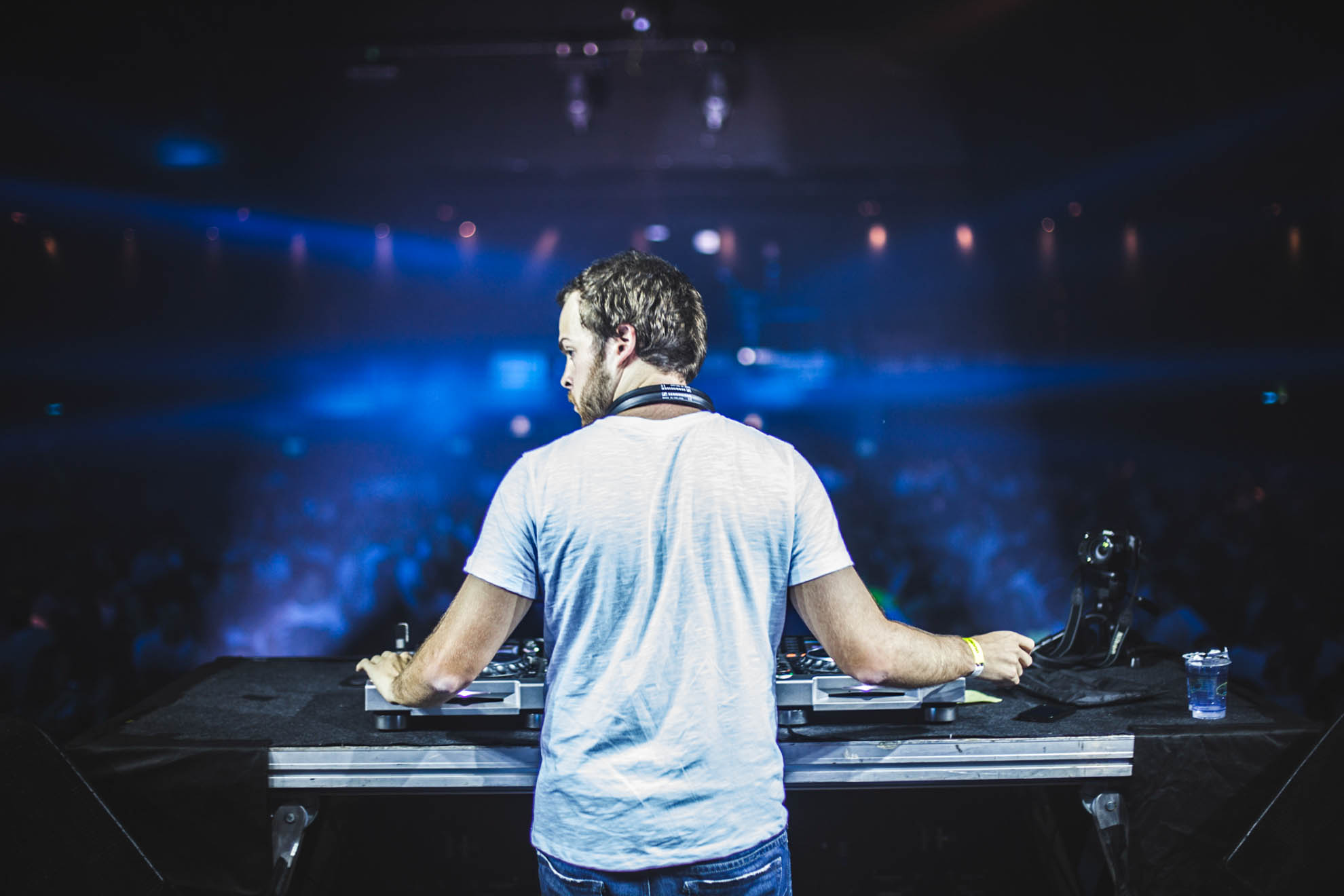 It’s no secret that us music lovers are all desperately missing clubs and festivals this summer. I, however, like to find the good in situations. During my summer off from events I have taken the opportunity to discover new music and artists. A regular name on my ever-growing playlist is none other than São Paulos, Leo Lauretti. He has established himself as one of Brazil’s top Trance producers. He has been ranked number one multiple times on Beatport’s Trance Hype for his records Find My Own and Dust. You may also recognize his beats as he consistently receives support from the largest names in the game; Above & Beyond, Cosmic Gate and Ferry Corsten, just to name a few. Not only was I pumped to discover such a talented artist, I was super fortunate to be able to land an interview with him. We chatted about his most recent release, Stay With Me, how often he brushes his teeth and some other projects that he is working on. Sit back and enjoy as we get to know Leo Lauretti

I like to start off my interviews with a few ice breakers and fun facts. Try not to think too deep into it, just hit me with the first thing that comes to mind.

Clubs, although house parties are awesome as well to attend.

Summer for travelling, Winter for life.

Progressive, but it depends when and where.

Do you brush your teeth before or after breakfast?

Depends on when I want to eat. If it’s right away, then after, if it’s only later, then both before and after. But I barely eat breakfast since I do 16-18h fasts 5x times per week.

If you had to be shipwrecked on a deserted island, but all your human needs—such as food and water—were taken care of, what two items would you want to have with you?

My computer (with internet) and a drone. If I could split myself in four, one would only make music, another only make videos, another photography and the other dealing with design.

We finish the interview and you step outside the studio and find a lottery ticket that ends up winning $10 million. What would you do?

First of all, I would make a kickass barbecue for my close friends and family and build a proper studio for myself. Then probably would take a few days to travel to Europe, probably to Norway.

Okay, all of the hard questions are out of the way, here are some easier ones. 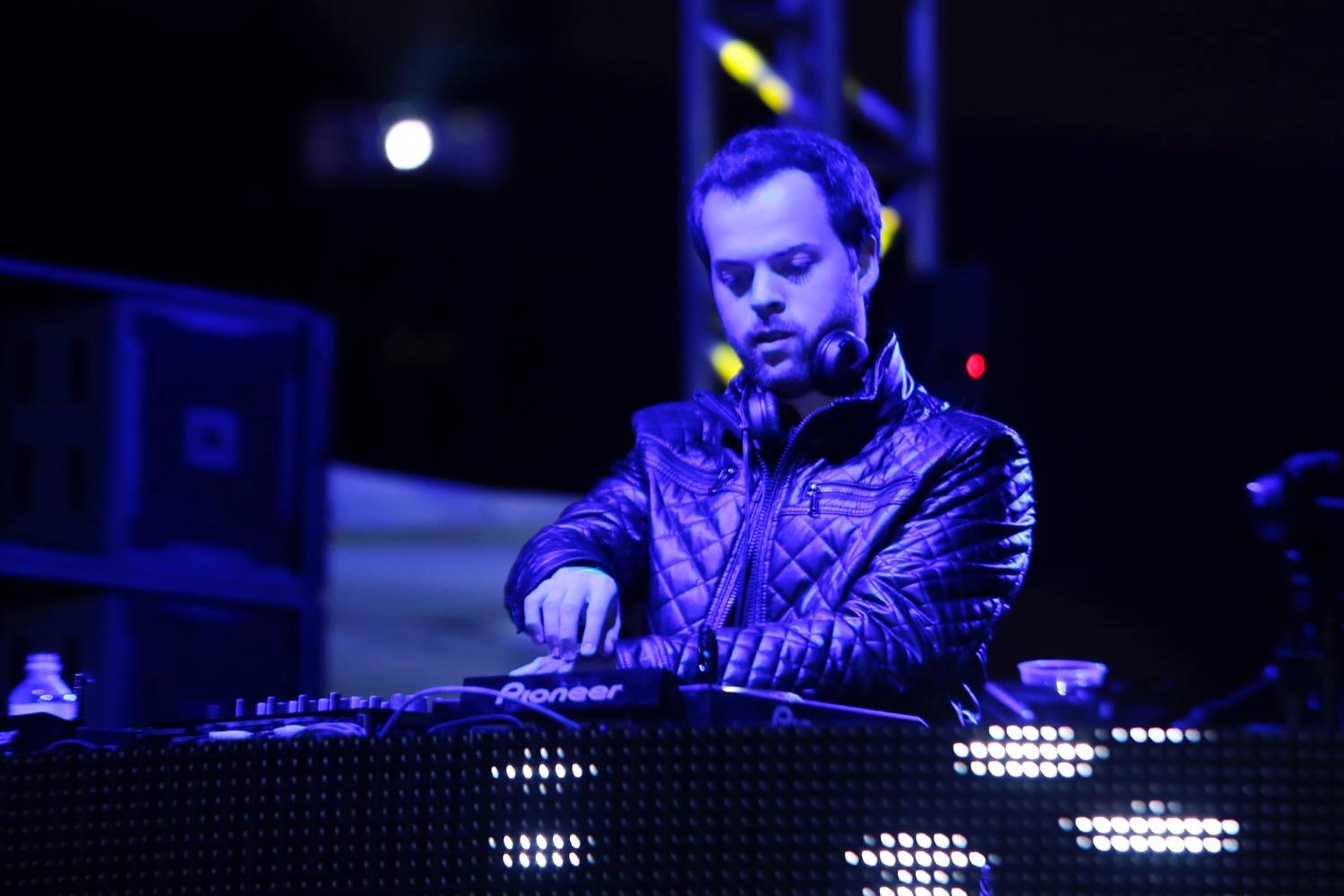 How are things in Brazil right now regarding the global pandemic? What have you been doing to stay busy?

Everything is “fine”. I don’t agree with a lot of the decisions that were taken over here, but I know it’s all a bunch of politics. Cases are finally starting to slow down, but I’m locked down either way so I’m safe. I’m only going out to cycle or run, but this normally happens at 5 AM and I’m wearing masks. Thanks for asking!

You recently released a record on Elliptical Sun Recordings, Find My Own with Taygeto Ft. Giovanna Bianchi. The track has gained massive support across the trance scene, from names such as Above & Beyond, Dash Berlin, Ferry Corsten and Paul Arcane just to name a few. Tell us what it means to you to get such strong support and recognition on a record.

Oh it was amazing, especially for this one. Such a personal track to me that I had to release it and I’m glad big guys are resonating with it. I guess it is a feeling of a job well done that describes it all.

I don’t know… it’s such a personal song to me and describes a moment where I was in such a dark place mentally until “things changed and I found my own“. It’s literally describing this phase that I went through and Giovanna and Taygeto did an amazing job. The song wouldn’t be the same without both. So, the support is always welcome, but the track is beyond that.

Your newest Elliptical Sun release is a more, deep and progressive sounding record. Tell us a bit about Stay With Me. What inspired you to make this record the way you did?

So there were three triggers for this song:

I mixed these all together and Stay With Me was born two weeks after. For example, the pause during the break that I did was based on Return to Oz (Artbat Remix). The top lead was based on trigger #2. Just a good mix between the three.

As a loyal subscriber myself, I value your newsletter and the insight it provides to music production. Can you tell our readers a bit more about this project, who it is for, and what they can expect when they subscribe?

I love writing so the newsletter is another creative outlet of my will to write. I started it in 2019 because I wanted to help more people other than the ones that I was already helping.

The goal of the newsletter is to give out a bit of what I know and empower musicians to be more independent. I want them to be able to create whatever they want without the help of anyone. It’s a lot for a newsletter, but it’s part of my vision for Abstrakt Music Lab, which is the name of this project in which the newsletter is below, so lots of other things will come as well along with the newsletter.

If you subscribe to it you can expect a lot of bluntly honest information about music production, whether it’s the creation itself or productivity (another passion of mine) and mindset, but all specially designed for musicians.

Do you have any upcoming projects or collaborations that you can share with us?

At the moment I have 6 tracks that I’m working on, all are vocal tracks, and possibly another progressive house track that I started two weeks ago but haven’t had the time to develop. But the initial idea is awesome. I can anticipate that my next release is in October =D.

Since 2019, I’ve been working exclusively on vocal tracks for progressive trance since I feel they give another feel to the track. The best thing is that they all represent a phase that I’ve been through which makes them a lot more special to me. So, in October, expect something vocal. 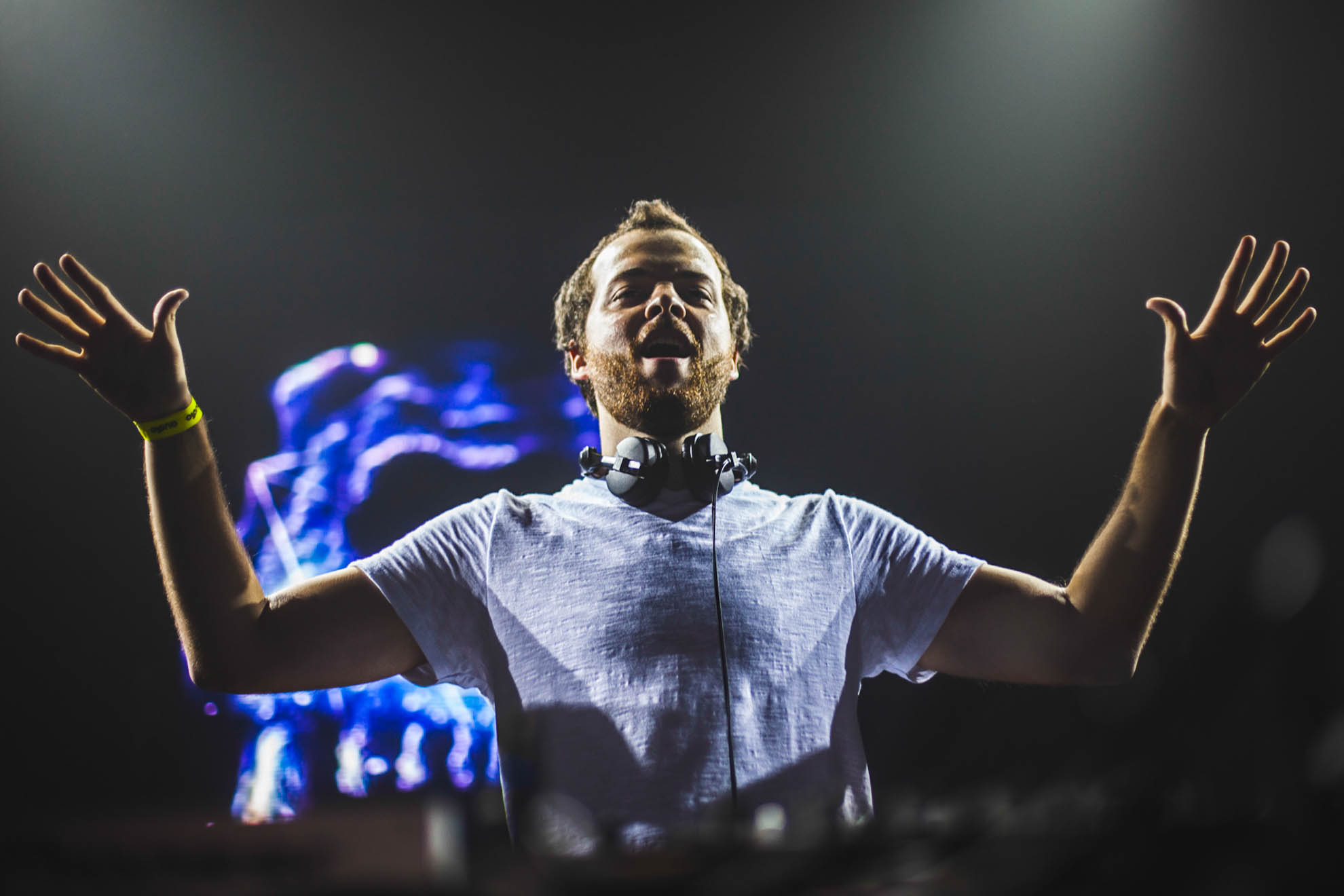 What are your top 3 gigs that you have played? Do you have any pre-gig rituals?

It’s been a long time since I’ve played somewhere since the trance scene in Brazil is not that great. But before the scene went to what it is now and I switched to Trance, the most memorable ones are:

Royal Club, SP 2014-15 – My first residency at one of the biggest clubs in São Paulo

The University of São Paulo (USP) threw a huge open bar college party in 2012, that had over 8k people. The pic speaks for itself. 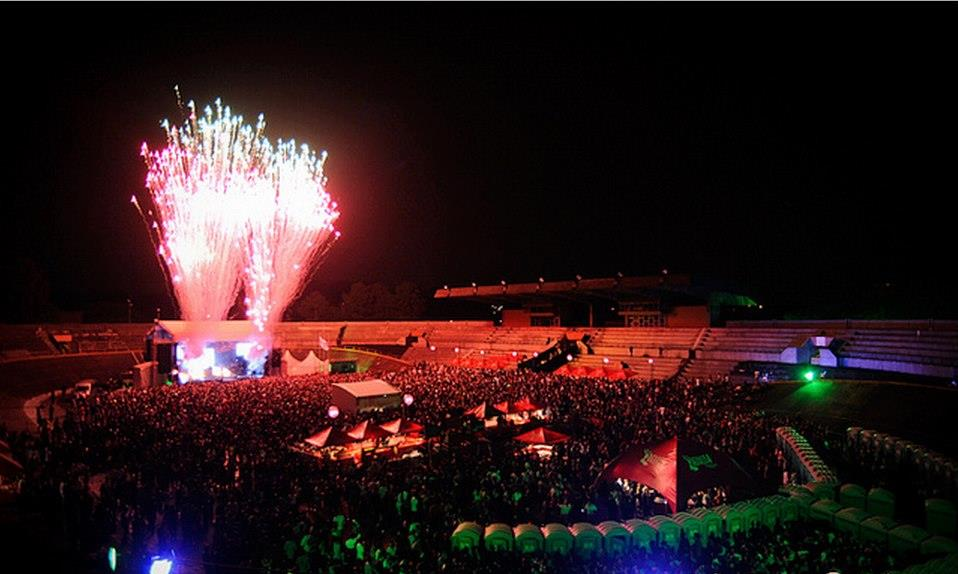 Pre-rituals, not really… I don’t consider this as a pre-ritual, but I always made a playlist with 3x as many tracks as I had the time to play, to shortlist them in my USB. Sometimes I didn’t play a song from this shortlist, but it always helped me prepare for songs. I never drink alcohol before or while I’m playing and only drink my coca-cola or water. Leisure is allowed only after work is done =D.

What advice do you have for new aspiring DJs and Producers?

Do you have any dream collaborations that are on your bucket list?

At the moment I wouldn’t say that I have a dream collab since I feel I should do more singles and my dream collab is with someone who comes up with a good melody, but I’d love to do a remix for bigger producers. If I had to name names, Maor Levi and Andrew Bayer are the ones I’d love to work with the most because I know I would learn a LOT.

What would be your dream gig?

Ultra Music Festival, no questions asked. Always been my dream gig, more than Tomorrowland, even though it would be a dream as well.

What message do you have for fans reading this?

Thank you for taking the time to read this. It means a lot to me that you’d spend this amount of time reading about me and I’m so grateful for that. It’s because of you that I do everything. For producers out there, study a lot and commit to your development and music as you see, fitting your goals with it. That’s the only way to steadily grow. 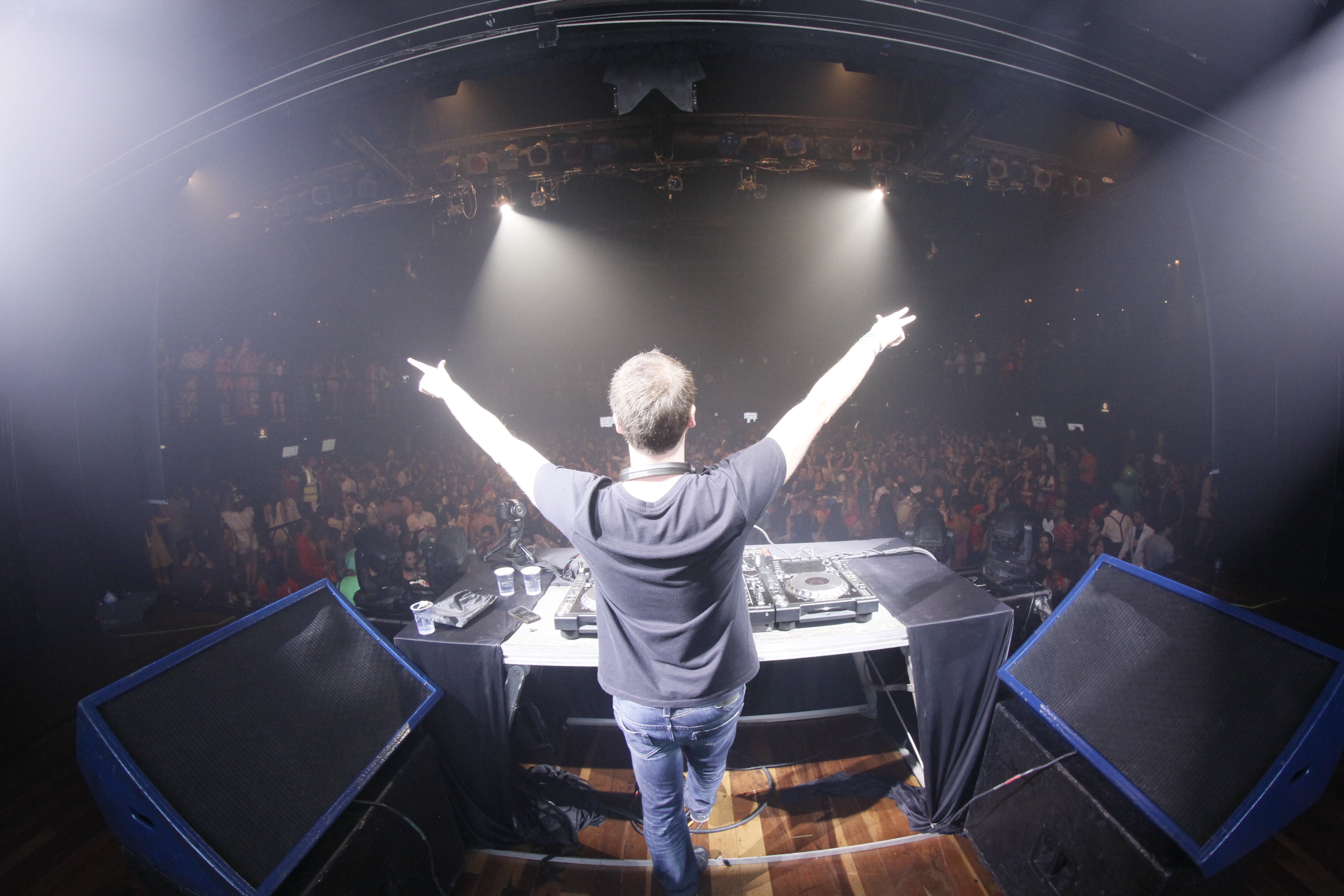 Leo, it has been a pleasure to get to know you. From everyone at Tranceported, thank you for taking the time to chat. Stay safe and keep the great tracks coming! Make sure to follow Leo at the links below!