Electric Escape is bringing back U4RIA Trance Festival – a two-day all-trance festival which will take place on Friday June 17th and Saturday June 18th. It’s been four years since the inaugural launch, a trance party unlike any other in all of Canada. This year it will be hosted at the Markham Fairgrounds Complex, so be prepared with sunscreen and/or ponchos because the show goes on rain or shine. Very few details are known as EE teases us with the exciting news bit by bit. All subgenres of trance are expected to be represented, brought to us by a yet-to-be-determined number of international and local artists. 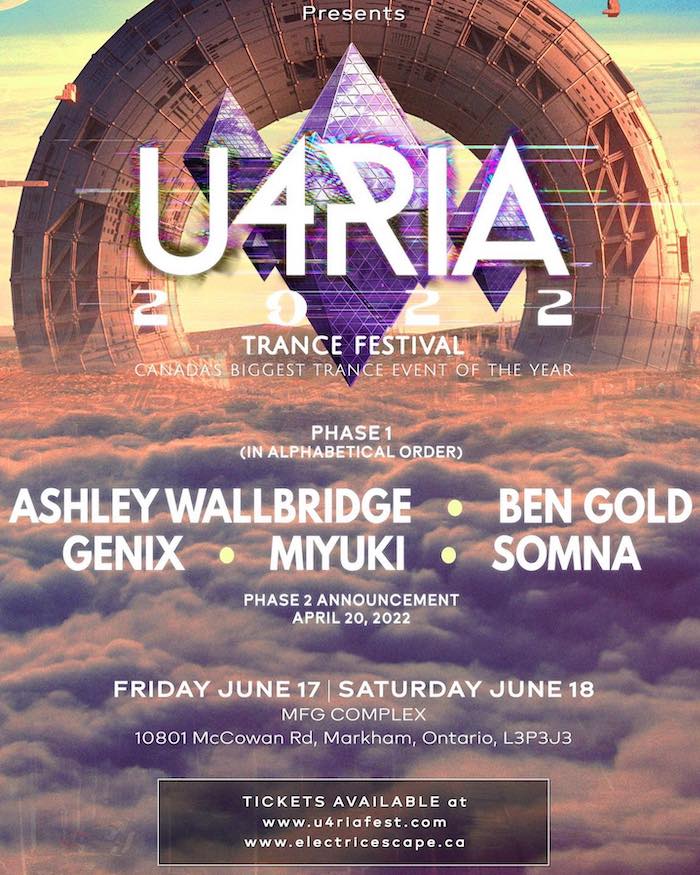 The Toronto Trance Family will be reunited under the sun in a few short months! Early bird tickets are now available for $80 each and can be purchased here. Details regarding VIP upgrades have not been released. Check out the official Facebook Event page for all the latest info.