By Anna Middleton on May 25, 2022 Coverage, EVENTS, FEATURED EVENTS, PREVIEWS

When Anjunabeats royalty comes to town, we party at The Palace! Start your Canada Day weekend off with a proper night of “Tronce” thanks to this incredible booking by Live Nation and Blueprint Alberta. As someone who is unable to make it to the ABGT Weekender this year, I am absolutely thrilled that we will still get a taste of those Anjuna feels as we head into the warmer months of the summer. The night’s support will be provided by Toronto’s own Vortac as well as local support that has yet to be announced. 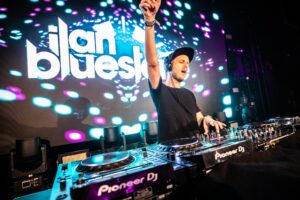 It’s hard to believe it’s only been a decade since ilan Bluestone’s debut solo release on Anjunabeats. With so many iconic releases over the last 10 years, the London-based producer has become a staple in the Anjuna catalogue. His debut artist album “Scars” (2018) was an absolutely massive release. The 15-track record was packed with singles and featured some of the most memorable tracks of the year, such as his collaboration with Maor Levi, Will We Remain?, with the vocal talents of El Waves. In 2021 he released his follow-up album “Impulse”. This album made huge waves in the trance scene and blessed us with some incredible vocal tracks such as Stranger To Your Love ft. Ellen Smith and What Do You Want From Me? featuring longtime collaborator Giuseppe DeLuca. In addition to his artist albums he has been releasing a steady stream of innovative remixes of classic trance tracks such as Veracocha’s Carte Blanche, Above & Beyond’s Sun and Moon, and Out of the Blue by System F. Bluestone is currently in the midst of a global tour in support of his album “Impulse” yet still somehow manages to find time to dedicate to his side project, Elysian, alongside longtime-friend Maor Levi and legendary trance vocalist Emma Hewitt. They most recently performed a massive gig at Exchange LA as a part of the Dreamstate satellite series with support from Alpha 9. With upcoming shows at Tomorrowland, The ABGT Weekender in London, as well as additional Dreamstate events and a Transmission satellite event in Ibiza, we are extremely lucky to be welcoming ilan Bluestone to the stage in Calgary – currently his only scheduled solo gig on Canadian soil within his busy and extensive tour schedule! 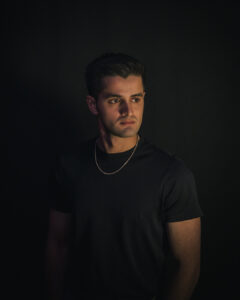 Born and raised in Toronto, Vortac developed a strong love for progressive melodic house music after meeting Spencer Brown at his album release party back in 2018 in Vancouver. Inspired by the Anjuna sound, this event kickstarted his creative journey into progressive house. With a strong background in music and a few years of production already under his belt, he dove headfirst into the scene. His sound has evolved with time and experience and he is currently in the midst of developing a new project incorporating electronic music with live instruments. Vortac is a skilled musician with experience playing guitar, piano, as well as the trombone; it’s no surprise that he found inspiration in his experience seeing Rufus du Sol perform live for the first time. While the style will be influenced by his previous work, the biggest difference will be the bpm, as well as the incorporation of live instruments creating a sonic environment while recording and performing.

“I believe it’s important for an artist to constantly develop and challenge themselves, and bring limitations to their craft. I felt that venturing into this will truly allow me to start fresh. It will be very scary, and a huge learning curve, but crucial to my own development”

In Calgary, Vortac will be sticking to his roots and warming up the crowd with all things melodic and progressive, including new music from his upcoming EP, “Solitude”, as well as a few of his own remixes.

Tickets are available via Ticketweb with Tier 1 starting at only $25 + taxes and fees. Grab your tickets now before the price goes up. This is an 18+ event and doors open at 9pm. Make sure to show up early to get properly warmed up and support our local talent as well as our guest from Toronto. Ilan’s next Canadian show won’t be until August with a spot in the huge lineup at Montreal’s Îlesoniq, so this will be your only chance this summer to get a proper tronce experience from the master himself! I promise you, this is an event you absolutely will not want to miss! I will be right up at the front dancing and singing along with all of Ilan’s vocal masterpieces. I hope to see you there!

Music has always been a huge part of Anna’s life. She was introduced to Trance at a young age while on vacation in Europe, however, it wasn’t accessible back home in small-town Ontario. When she finally found Trance again she made an immediate deep connection that changed her life forever. She spends her spare time travelling around the world, meeting incredible new people, and sharing her love of Trance with the world through writing.